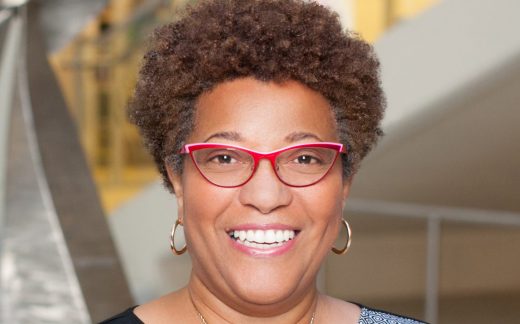 We’re very pleased to announce Loretta Parham as the distinguished keynoter of this year’s DLF Forum liberal arts pre-conference,  which is being organized in partnership with the HBCU Library Alliance, representing White House-designated Historically Black Colleges and Universities. Please join us for her talk, which will examine the theme of “Staffing for Our Digital Library: The Promise, the Plan and Our Response.”

Parham helped to establish the HBCU Library Alliance in 2002, serving as its co-founding director and founding Board Chair. She is presently the CEO and Director of the Atlanta University Center (AUC) Robert W. Woodruff Library— an independent academic library that serves four HBCUs: Morehouse College, Spelman College, the Interdenominational Theological Center, and Clark Atlanta University. Prior to joining AUC, Parham directed the Hampton University Harvey Library, served as deputy director of the Carnegie Library of Pittsburgh, and served as District Chief of 20 urban branch libraries for the Chicago Public Library. She has also served in influential leadership roles on a variety of committees and boards, including at the Georgia Humanities Council, ACRL, ALA, OCLC, SOLINET, ARCHE (the Atlanta Regional Council of Higher Education-Library Council), and the Oberlin Group Consortium. Among her publications is a 2006 guide book, co-edited with Barbara Dewey, on Achieving Diversity: A How-To-Do-It Manual for Librarians.

Loretta Parham received her MLS from the University of Michigan School of Information, which honored her with its Distinguished Alumni Award in 2016. Earlier this year, she was named 2017 Academic/Research Librarian of the Year by the Association of College and Research Libraries (ACRL).